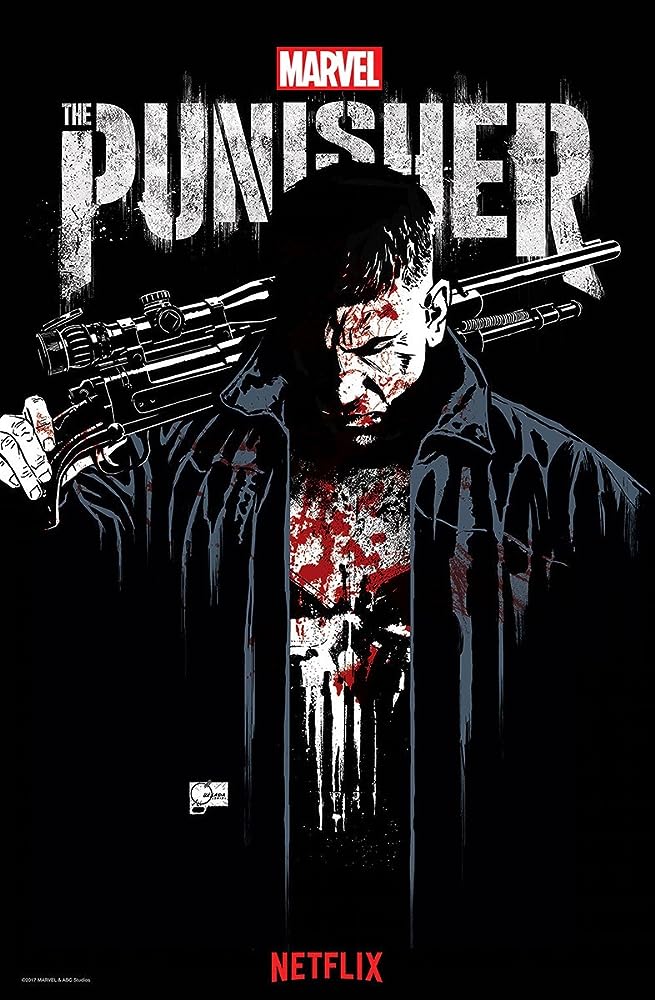 Another entry in the ever-expanding Marvel TV Universe, this time with the police-turned into brutal vigilante Frank Castle. It looks like Marvel decided not to keep launching Mr. Castle to the big screen, due to the unfortunate box office performance and critical failure of the two motion pictures and decided a more cautious approach to a TV series, a safer ground. We still believe that the 1989 version of the film with Lundgren has more merits than its later reboots.

This time, it´s Jon Bernthal the one responsible to wear the black t-shirt with skull, and he does it; death is always surrounding Frank Castle, first, with his beloved family, and later, with the partners he makes while wipes out the way all kind of criminals, from pickpocket gangs to drug lords and mafia bosses. One of the main problems in dealing with the Punisher is that he isn’t a hero, much less a superhero; in a way, he is an antihero; it is true that he make great, and many times, unspeakable deeds, but he has his motives, which aren’t altruistic or fight for truth or justice: he is pure rage, raw revenge, but you can’t make an interesting story with just bombs, blood, and bullets.

The story is simple, first Castle consumes his revenge; when he no longer has more people to punish he retires. Everyone thinks he is dead. So, he starts a life with a low profile and with a construction site job. But violence keeps stalking him, but even though he always tries not to take the first step, when he comes in ... People die. The series follows an investigation, something happened in Afghanistan, an agent tries to discover the truth and do justice to a poor man who died just for being near a disturbing truth. In the middle of the investigation is Frank Castle and the suspects are dying one by one. Somebody is trying to keep the truth out, and framing Castle at the same time. Castle’s resources now aren’t enough to deal with the situation, so he will get the help from Micro (Ebon Moss-Bachrach), a left-for-death NSA analyst, who befriends the Punisher and helps him to unravel the hidden reasons and motives; there is also the Homeland Security agent Dinah Madani (Amber Rose Revah), with her investigation that will make her cross paths with Castle.

Even with these plots and subplots, the series would gain enough respect, but it doesn't stops there; the writers take the chance to put on the table some controversial issues, such as the mistreatment of war veterans, arms bearing, or the military-political powers that pull the ropes. One fresh approach in stories is that Castle confronts none of his nemesis criminal counterparts from the comics; which is good, since organized crime has no longer behaves like stereotyped bad guys in cheap suits and tommy guns.

This series, in general, is very entertaining to watch, well developed, and made for the viewers to enjoy. Although at times it puts our patience to the test, as those typical moments in which you must slow down the story because the plot doesn’t extend for thirteen episodes, this return of Frank Castle in television is all we could wish for.